This was the story of when Muhammad Ali took the heavy weight boxing title from Sonny Liston. This picture captures a month of fighting that claimed the lives of 6,800 Americans and 21,000 Japanese. The photo was a flag being put up on Mount Suribachi. This picture was taken by The Hubble Space telescope which was an over budget and behind project that was stopped but then resumed to take the picture that is now called pillars of creation. The pillars are interstellar dust.

Travis cause its lit! 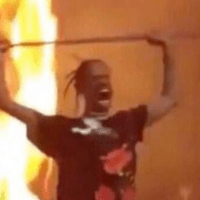